Is Your Business Under Threat from The Walking Dead?

Zombie Companies: How to survive the apocalypse and protect your business from the corporate undead 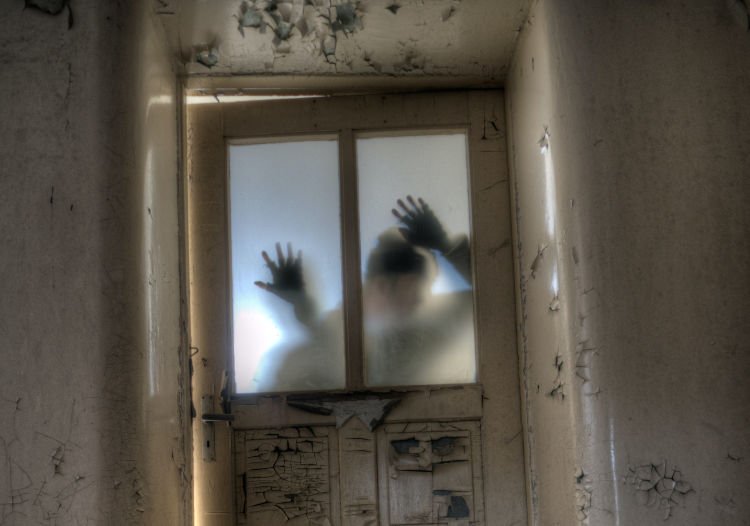 In this blog you’ll discover:

Relentless, emotionless, and hungry; Zombie companies are on the prowl. Whether we like it or not, we are now facing a Zombie apocalypse that sees businesses turning into the walking dead. So, what are the signs that your business is facing a relentless tide of Zombie Companies, shambling along, directionless, aimlessly seeking the next feed?

We asked members of the Insolve Panel, Thesolvers.com.au and Creditorwatch’s Patrick Coghlan what to do.  This is your survival guide on how to spot a zombie from afar and how to protect your business from their horror.

What is a Zombie Company?

According to InvestorDaily, the phrase zombie companies emerged post GFC to mean “businesses that carried debt beyond their overall value.” And as the nation stumbles out of the coronavirus lockdown slumber and teeters on the brink of a recession, the zombies are again coming out of the woodwork.

Chris Baskerville, member of the Insolve Panel and Partner of Jirsch Sutherland says:

“In George A Romero’s Night of The Living Dead, people are struck down by a mystery illness and become undead zombies that shuffle about and attack the healthy – causing them to also become ‘undead’ and multiply the harm they do”.

“Government stimulus and support has been critical to keep viable businesses going and keep people in jobs. But it is not a miracle cure – the clock is ticking, and business owners need to use this time to make a plan. Beware the Apocalypse!”

Patrick Coghlan, CEO of CreditorWatch, offers similar advice: “If we … support them [distressed companies] further, we’re going to have an even bigger wave of insolvencies around September. There are plenty of businesses currently operating that should instead be initiating a wind-up or at least engaging with a restructuring specialist or banker.”

Do you know a business that is dragging its feet and staring into space? They could be a zombie.

Zombie Behaviour #1 – they are often slow

Insolve Panel Member Roland Robson of Robson Cotter Insolvency Group asks “What do you do if you run a viable business right now? Will the rest of 2020 see you being like Sheriff’s Deputy Rick Grimes in The Walking Dead, trying to lead a small band to safety in a zombie apocalypse?”

“The thing is, you already know the sort of client or supplier business. They miss payments, they string you along. They were always out there. But now there could be a plague of them. You need to spot them.”

Zombie Behaviour #2 – they make no sense

Attacking people and biting them isn’t usual behaviour for healthy people. It’s the same in business. Whether you’re dealing with the slow sort of Zombie that shuffles about or the quick ones who furiously cause mayhem, you need to know what to watch out for.

Corner cutters and undercutters. Stuart Craig of 888x and member of thesolvers.com.au, says “they are a menace, and we see more than usual now. They underprice contracts because they don’t know their actual input costs, or they set out to cut corners. They just undercut good sustainable businesses”. Stuart says those Zombies can only keep going if:

Zombie Behaviour #3 – they seem to keep going no matter what

Zombies take all sorts of punishment healthy people could not stand: they fall from heights, get hit by things, lose limbs, and yet they keep going like they’re in a mad daze.

Chris Baskerville says “A zombie business keeps on going because of these three things:”

Chris and Roland both say they all too often see directors of those businesses too late. They’re guilty of all of the above and destroy their equity and business to the point that it’s forced into liquidation. 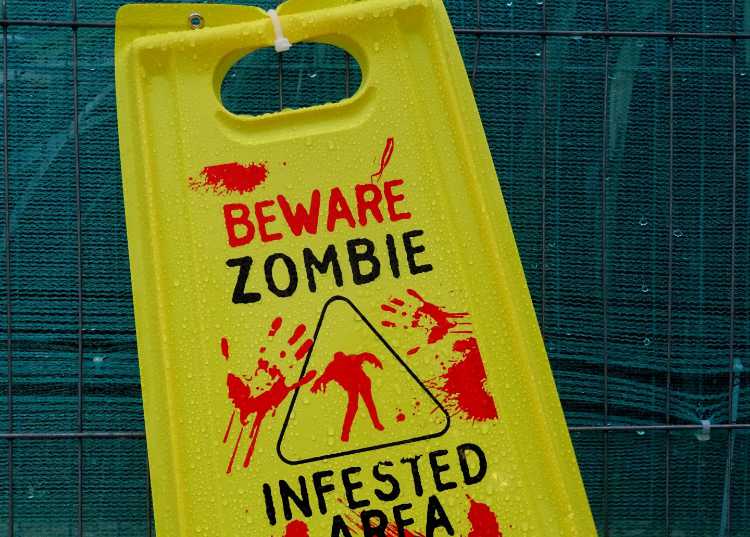 Now you know what to spot in a Zombie Company, equip yourself with the right protection and follow these three points.

Zombie Protection #1 – write it in stone

Solicitor Bruce Pasetti says update your contracts and terms. And register on PPSR, so you have a retained interest in goods that you are supplying to a client.  This means that if your customer doesn’t pay, or goes broke, you are in the best position to get your goods, or their value, back.

Patrick Coghlan says, “We’ve seen an influx of new PPSRLogic customers using our portal as well as our existing customers reaching out to our in-house PPSR expert …. Securing and recording your business’ interests is vital to protect yourself from failing customers. I see the use of the PPSR in everyday business as part of the new normal.”

In any good zombie movie, survivors usually have an array of weapons at their disposal to protect themselves and others, and for business owners the same is true. Our panellists picked their favourite weapons to deal with the threat of attack by zombie companies:

Patrick Coghlan gives an example how tools such as CreditorWatch’s Payment Predictor and innovative feature DebtorLogic, can help you to get organised “You can assess your slow customers’ payment behaviour and understand if they’re not prioritising you like the rest of the market or they’re heading into insolvency.”

Look out for our upcoming series ‘Zombie Bites’ which will discuss each weapon of choice in more detail.

Zombie Protection #3 – reality check – am I a Zombie?

For many business owners, the stark reality of the COVID-19 pandemic, means learning the hard way that their business is not viable or sustainable. In other words, you’ve been working hard to keep going, when cutting your losses and walking way was a smarter decision.

“For some business owners, the smartest thing for them to do is to wind it up now, and walk away with some equity,” said ANZ’s head of retail and business banking, Mark Hand.

In closing Roland Robson says, “Like in any B-Grade Zombie flick, while the survivors live to fight on another day there are still a few of the Undead around to strike at the unwary (and unfortunately feature in a sequel!).

“Government stimulus looks to have given a lifeline to companies that possibly should be closed up. The question is do you want to risk a Zombie business apocalypse which ends badly in forced liquidations and bankruptcies? Business owners have to make the choice now. If you’re a Zombie business owner, wind it up during the temporary protections before it does you, and others, more harm. If you are a survivor, you’ll need to be smart to outrun (and outsmart) the Undead.

“Which one will you be?”

Get important news affecting Your Business

We’ll send you a subscription confirmation email. Check your spam folder if you don’t see it and add our email address to your contacts

All content published on this site constitutes general information only and does not take into consideration your personal circumstances. You should seek independent financial, taxation or legal advice to understand how this information might relate to you.

Liability limited by a scheme approved under Professional Standards Legislation

All content published on this site constitutes general information only and does not take into consideration your personal circumstances. We have used best endeavours to make it as accurate as possible at the time of publication, but be aware information can change rapidly. You should speak to thesolvers.com.au to understand how this information might relate to you.

© 2021 The Solvers All Rights Reserved

SUCCESS! Your inquiry has been sent

Any or all of these reasons for business owners with a Pty Ltd company who:

If you have personal assets you want to protect, like a family home or director’s guarantees, this may not be for you, but you should ask us.

Niall is a Litigator, Prosecutor and Corporate Investigator. Find out more or Email Niall.

Bruce Pasetti is the ‘go-to’ for actions for Windup (or to defend companies and directors against similar actions). Bruce is a Solicitor with over 20 years legal and specialist Insolvency experience. Find our more or Email Bruce.

James is a business consultant and accountant. He specialises in sales and marketing for the business and finance sectors. Find out more or Email James.